Xanthomonas campestris is a compound that that is obtained when you mix fermented sugars with a certain type of bacteria. It is normally used to produce medicines. Some of the applications it has is as an agent to lower blood sugar and cholesterol in patients who suffer from diabetes.

Another known use for this component is as a laxative, as well as a saliva substitute in people diagnosed with Sjogren’s syndrome, where the amount of saliva produced by the body is insufficient. It also serves to prevent ingredients in food from separating.

In many industries, like food and personal hygiene, it is used as a stabilizing and thickening agent. It helps prevent oil separation in salad dressings and sauces by stabilizing the emulsion.

Another common use in the food industry is by helping suspend solids, for example spices. Its thickening properties is what allows ice creams to have the desired consistency and texture.

For those that have swallowing disorders, xantham gum is used to thicken liquids because it doesn’t alter the flavor or the color in foods and drinks. People that have gluten intolerance, will see xantham gum in the ingredient list of products used for baking, since it gives the batter or dough the stickiness that normally would be given by gluten.

It is being studied too to see if it can be used in tissue engineering in order to build hydrogels and scaffolds that will serve as a support structure in three dimensional tissue formation.

Workers that had been exposed to xantham gum dust were evaluated and evidence was found to link it with respiratory symptoms. Also in 2011 the FDA raised a concern that its use in premature babies to develop necrotizing enterocolitis, especially with a product named SimplyThick, so it released a warning to parents, health care providers and caregivers.

When producing xantham gum, some nutrients used may be derived from crops that are known to produce allergies, like wheat or soy. While the process for making the gum eliminates the main source of allergies, through metabolization during the fermentation, some residues that are unavoidable to completely get rid of, will still be present in the final product. 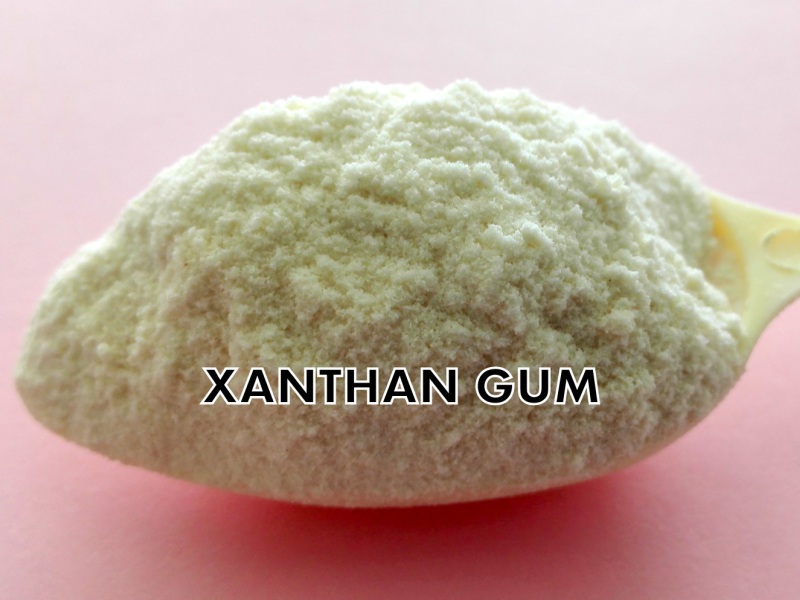 Allergic reactions or sensitization because of these trace residual protein materials or fragments are, while possible, extremely rare; so xantham gum is not listed as an allergen or sensitizer. As a matter of fact, this ingredient is commonly used as a substitute for grains for those who are allergic or have sensitivities to grains.

Xantham gum is very good at binding with water, so when it goes through the intestine it can result in an efficient laxative. However, in tests done to volunteers to test this, the dosage used was much higher than the amount you would normally find within the food or products it is used in.

It also showed that in some people, their reaction to xantham gum, with bloating and diarrhea as their main symptoms, was after consuming much smaller amounts.