Coconut oil attacks the harmful bacteria in your mouth. The claim is that it helps whiten and clean your teeth as well as being a good tool to prevent tooth decay and gum disease.

What is Coconut Oil?

Before we go into the benefits of coconut oil for teeth and how to use it, first let’s clear up what it is and where it comes from. Coconut oil is an oil that is extracted from the meat in coconut, it is an edible oil and it is one of the richest sources of saturated fat.

It can reduce plaque buildup, prevent tooth decay and fight gum disease. One the key features of coconut fat is its composition; it is made up almost completely of medium-chain triglycerides, also known as MCTs. 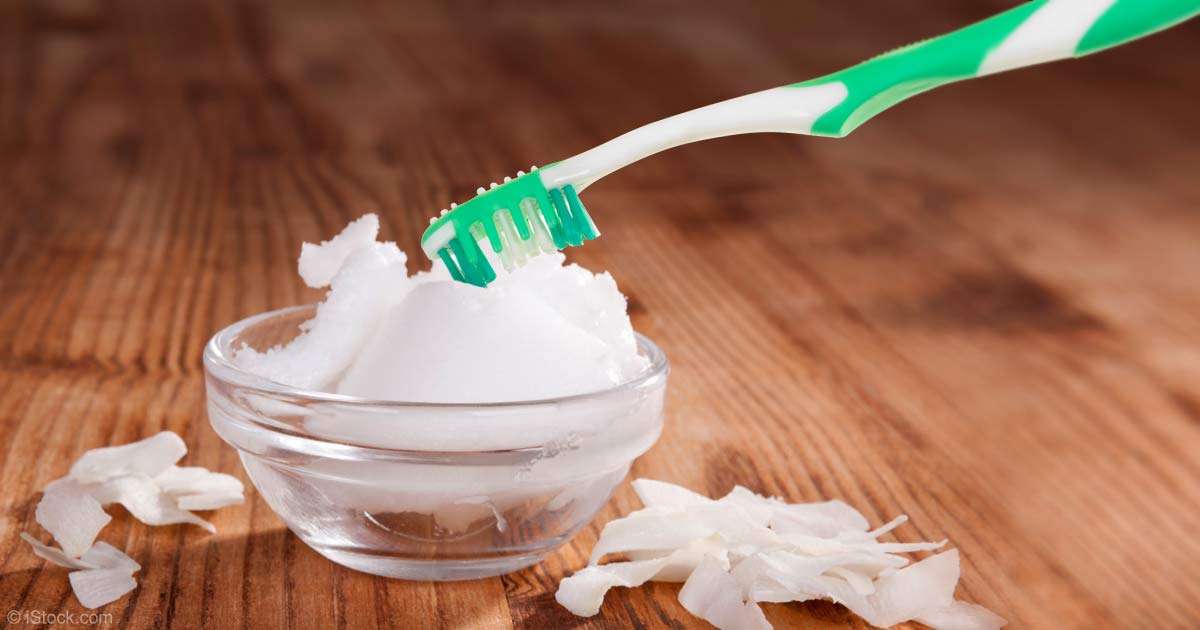 These MCTs are different than other long chain fatty acids that are found in many other foods, starting in the way thy metabolized by our bodies, and also the potential health benefits it offers.

Almost half of coconut oil is made up of a medium chain fatty acid called lauric acid; it is actually the best source for this acid as far as we know.

Once it enters the body, it is broken down into a smaller chain called monolaurin; harmful bacteria, viruses and fungi can all be killed by monolaurin and lauric acid.

It has been determined by researchers that lauric acid is the most effective at getting rid of these pathogens, as well as linking many of the health benefits of coconut oil to this compound directly.

When it comes to the use of coconut oil for dental hygiene, the most common way to use it is by a procedure known as “oil pulling” or you can use a toothpaste with it.

In regards to oral health, lauric acid has been very effective in killing bacteria that is responsible for things like tooth decay, gum disease and bad breath. One of the bacteria that seem to suffer more with coconut oil is one called Streptococcus mutans, which is the leading bacteria that causes tooth decay.

Gingivitis, which is the inflammation of gums, also known as gum disease, is caused mostly by the accumulation of dental plaque which also carries harmful bacteria.

It has been proven that coconut oil decreased the amount of plaque buildup and the symptoms and signs of gingivitis in a group of participants that suffered from gum disease.

What was even more impressive, was that the decrease of plaque became noticeable after only 7 days of using coconut oil, and it continued to go down in the following 30 days.

What is Oil Pulling and How Do You Do It?

While oil pulling is a trend right now, it has been used for a very long time. It has been traced back to India for several thousand years.

Oil pulling is basically swishing oil in your mouth for several minutes and spitting it out. So it’s really just using it like mouthwash.

The fatty acids do most of the work here, since they trap the bacteria, so when you’re swishing the oil in your mouth you’re effectively removing bacteria and plaque from your mouth.